A few years ago, I wrote a blog post detailing why I thought toggles were a bad idea.  It made a clever analogy between toggles and the tribbles on Star Trek's U.S.S. Enterprise.  I think it's a fun read, so you may want to check it out; but since the time I wrote it, my opinion has changed a bit. In this post I will explain why I think toggles may be helpful, and I'll propose some rules for their use. 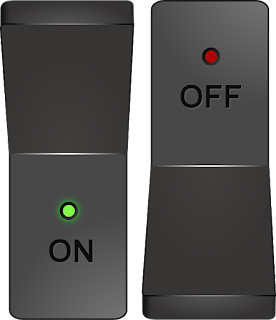 Fortunately, our new service was behind a toggle.  Since we certainly didn't want the wrong people to get notifications, we quickly toggled off the new service.  There was no impact to any other customers, because they were still getting their notifications; they were just being notified through the old service.  We were able to quickly fix the bug, get the fix into Production, and toggle the service back on.

If we hadn't had the toggle, the users with the same id would have continued to get the wrong notifications until we were able to fix the bug.  We would have had to rush to get a code patch into Production, and it's possible that we would have made mistakes along the way.  Because we had the toggle, we could take the time to make sure that the fix was good, and we could do all the regression testing we wanted.

So, I've changed my mind about toggles.  I think they can be useful in situations where there's a significant risk that accompanies a change.  But if you are going to use toggles, please observe the following rules:

1. Toggles are NOT a substitute for high-quality testing.  Being able to toggle something off at the first sign of trouble does not mean that you can skip testing your new feature thoroughly.  Ideally you should have tested so well that you never need to turn your toggle off.

3. When the feature has gone to Production and a certain amount of time has passed, remove the toggle so that the feature is on permanently.  Otherwise you could get into a situation where months from now someone inadvertently toggles the feature off.  And the fewer toggles you have in your application, the fewer combinations of toggles you need to test.

As with many things in software development, the best strategies are those that ensure the best possible outcome for our end users.  When they are used wisely, toggles can help mitigate any unexpected issues found in Production.
at September 26, 2019