Merge Conflict Resolution for the Confused

The master branch contains a file with this text:
Kristin Jackvony was here on May 22, 2019

Joe does a pull request for his file changes, and they are approved and merged into the master branch. 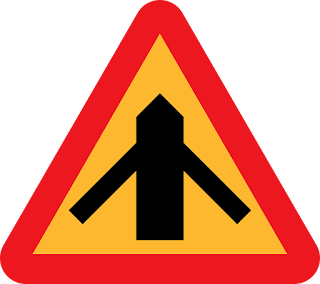 I'll be honest; I really wanted to master resolving Git merge conflicts for this post. However, resolving them from the command line still confounds me!  Fortunately, I've found a number of different ways to handle merge conflicts so that they no longer fill me with dread.  Below I'll discuss six steps for handling a conflict.

Step Zero: Avoid Having a Merge Conflict In The First Place

By using the helpful hints in last week's post, especially tips one, two, and six, you can avoid creating a merge conflict.  Doing a pull from master is always a good idea before you do anything code-related.

When you have a merge conflict, it's important not to thrash around trying "git this" and "git that".  You might make things more confusing this way.  A merge conflict will eventually be solved, even if you have to resort to asking for help (Step Seven).  And you can't possibly have done anything irreversible; that's the beauty of version control!

Step Two: Resolve the Conflict from Within GitHub

GitHub has an easy interface that will allow you to resolve merge conflicts.  Simply click the Resolve Conflicts button and observe the conflict.  It will look something like this:

Now click the Mark as Resolved button, and your pull request should be ready for merging.

Step Three: Resolve the Conflict from the Command Line

If you are using Git as a version control system, but you are not using GitHub to host your repositories, you may not have a nice UI to work with in order to resolve your conflict.  In this case, you may need to use the command line.

What I do in this scenario is open the file with the merge conflict in a text editor such as TextEdit or Notepad++, I edit the file so that it looks the way I want it to, removing all the extraneous symbols and branch names, then I do a git add with the filename, and then a git commit.  I do this in accordance with the instructions found here: https://help.github.com/en/articles/resolving-a-merge-conflict-using-the-command-line.  However, I have only had success with this once or twice.  Usually I have to go on to Step Four or Step Five.

Step Four: Forget About Your Existing Branch and Make a New One

In this scenario, I copy the text of the entire file with all my changes, and I paste it somewhere outside the code.  Then I go to the master branch and do a git pull origin master. Now I should have all the latest changes.  Then I create a brand new branch, switch to that branch, and paste in all of my file changes.  Then I do a fresh new pull request, which won't have a merge conflict.

If Step Four failed to work, I exercise the nuclear option, which is to delete the entire repository from my machine.  Before I do this, however, I make sure to make a copy of my file with all my changes and paste it somewhere outside the code, as I did in Step Four.  Then I delete the entire repository and clone it again.  Then I continue as I did in Step Four, creating a new branch and switching to it, making my changes, and doing a brand new pull request.

If all else fails, ask someone for help.  There's no shame in asking for help with a particularly thorny merge conflict!  If you followed Step One and didn't panic, your helper will be able to see exactly what you've done so far and can help you arrive at a solution.

Git purists may argue that merge conflicts should be resolved the right way (using Step Two or Step Three), and they are probably right.  But doing Step Four or Step Five can keep you from wasting time trying to resolve the conflict, and they also will keep you from defenestrating your laptop!