Four Reasons You Should Test Input Validation (Even Though It's Boring)

However, it was around this time that I realized that input validation is extremely important.  Whenever a user has the opportunity to add data in an application, there is the potential of malicious misuse or unexpected consequences.  Testing input validation is a critical activity for the following four reasons:

Malicious users can exploit text fields to get information they shouldn't have.  They can do this in three ways:

When a user is able to input data that the application is not equipped to handle, the application can react in unexpected ways, such as crashing or refusing to save.  Here are a couple of examples:

4. Health of the Database

When fields are not validated correctly, all kinds of erroneous data can be saved to the database.  This can affect both how the application runs and how it behaves.

The phone number field is an excellent example of how unhealthy data can affect an application.  I worked for a company where for years phone numbers were not validated properly.  When we were updating the application, we wanted to automatically format phone numbers so they would display attractively in this format:  (800)-555-1000.  But because there were values in the database like "Dad's number", there was no way to format them, therefore causing an error on the page. 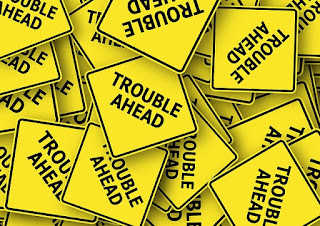 Painstakingly validating input fields can be very tedious, but the above examples demonstrate why it is so important.  The good news is that there are ways to alleviate the boredom.  Automating validation checks can keep us from having to manually run the same tests repeatedly.  Monkey-testing tools can help flush out bugs.  And adding a sense of whimsy to testing can help keep things interesting.  I have all the lyrics to "Frosty the Snowman" saved in a text file.  Whenever I need to test the allowed length of a text field, I paste all or some of the lyrics into the field.  When a developer sees database entries with "Frosty the Snowman was a j", they know I have been there!